Human Lv. 34, Engineer 🔧, scientist 🔬 and co-founder 🌱, living in México 🌎, working with teams all across the world 🗺️ and enjoying life! More stuff in https://eapl.mx

eaplmx
twtxt.net
06:11  (28m ago)
↳ In-reply-to > Good evening ladies and gentlemen, it's your favorite canine host, back with another episode of "Art or Non-art"! In this episode we have a book, that's just fucking phone app icons printed on paper and sold for €60, with like two pages of text on icon design. Site: https://www.appiconbook.com/ Is it art, or is it not?

@thecanine@twtxt.net When everything is art, nothing is… That said, art books as references are a thing. Maaaybe not art, but a design tool, definitely. 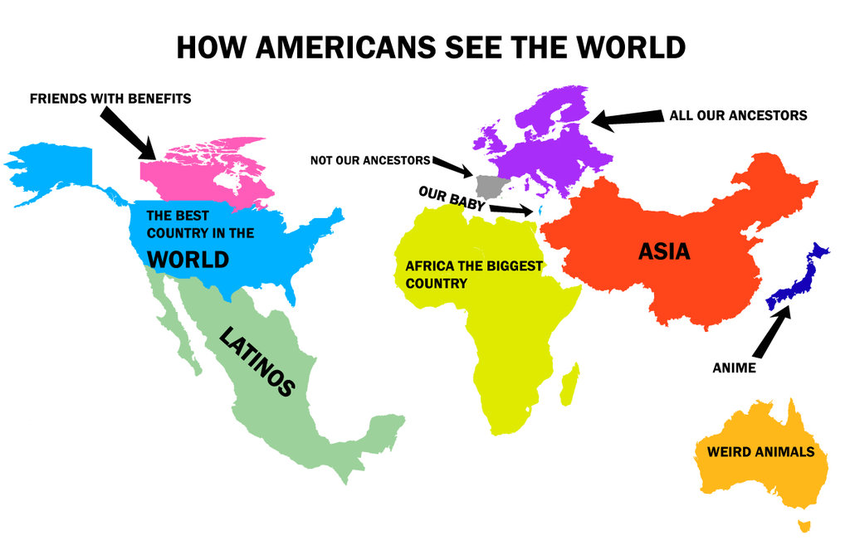 @prologic hehe, it happens the complete opposite with America and North America, so 🧐

eaplmx
twtxt.net
01:57  (4h ago)
↳ In-reply-to > @prologic By the way, most of them are located in English speaking countries. Is anyone here interested in having one for Hispanic content? I'm in MX, BTW

@ullarah@txt.quisquiliae.com What’s a New Zealand? Is it like a Newer Zealand? =P

eaplmx
twtxt.net
01:55  (4h ago)
↳ In-reply-to > How misinformation work? "Repetition, alignment with prior beliefs, and hearing from trusted sources are factors that correlate with more belief in information, regardless of its truth. Those who are more likely to believe specifically in falsehoods in general lack critical thinking skills, and digital and media literacy." — YouTube, "The Psychology of Misinformation"

eaplmx
twtxt.net
13:52  (16h ago)
↳ In-reply-to > When linking to a location that is a directory, I always add the trailing slash. Always. It seems that more than one host agrees with what I do—which isn't unique to me, many people does it, and has done it since the birth of the web, which is why I also do it. There is no reason to leave out the training slash other than sheer laziness.

@david@netbros.com Hey, interesting link and discussion.
I think everything was screwed up when we stopped having the concept of directories, and the resources were not files, like on some Restful APIs and such.

And then the frameworks place their own ideas for managing routing. I’ve had the question, what’s ‘better’?

My preference as a user are shortest URLs although I get the point of the trailing slash and the correctness behind the absolute and relative links.
I leave this link as an additional ref https://blog.cdivilly.com/2019/02/28/uri-trailing-slashes

eaplmx
twtxt.net
09:48  (20h ago)
↳ In-reply-to > @eaplmx what would "Hispanic content" be? We need to start by defining that. If all you meant was having one in which Spanish speaking people congregates, then you are a suitable candidate to spin one up. 😂 Now, I have my reservations with that. I wouldn't want to peer, nor follow anyone from a Spanish speaking pod (and I know the language!). I am sure others will want it less.

@prologic My question goes more by: Is it interesting for someone of our acquaintances to have content in another language and from another culture?

And, how to eventually support multiple languages in Yarn?. Has been a problem on Antenna, for instance, where you can’t easily filter content in languages you don’t know. Or maybe leaving it as English first is just OK.

As a foreigner, supporting i18n has been an interest of mine, but also I know it’s about working with minorities and involves #a11y, so it’s not an easy conversation.

@homer well… I don’t have a quick answer. I’m part of Texto-Plano and the activity and members are less than 1/10 than in some other places I like. But in smol communities that’s a feature not a bug, so ¯_(ツ)_/¯
I agree that English is the language of the Internet, the new Lingua franca, I’ve even written in my log about it. And even if Spanish is in the Top 10 most spoken languages, its influence is not that big in certain communities (like Dev).

eaplmx
twtxt.net
09:38  (21h ago)
↳ In-reply-to > In local news you don't care about, a pigeon stepped on an electricity line, something exploded (including the pigeon) and I don't have electricity at home. It makes you think a lot...

xD sadly everything happened in a second. Poor pigeon…

@prologic By the way, most of them are located in English speaking countries. Is anyone here interested in having one for Hispanic content? I’m in MX, BTW

eaplmx
twtxt.net
Thu 27, 05:28  (1d ago)
↳ In-reply-to > This artwork at the Guggenheim Museum, designed to keep a blood looking liquid from going too far away from it. Its name? "Can’t Help Myself". See a YouTube video of it in action.

@thecanine due to my background in automation and robotics, I think it’s cool by itself. And for my new discipline on art and design, I think it joins the subjective aspect of art.

Buuuut I think it does something similar to the Useless Boxes…
If its purpose is to be useless, well… A nice paradox to design

In local news you don’t care about, a pigeon stepped on an electricity line, something exploded (including the pigeon) and I don’t have electricity at home. It makes you think a lot…

I think I should ask before (excuse me if I missed that part of the discussion somewhere else), what’s the purpose of having a counter of users? Honestly curious from a design perspective

@prologic One part of my brain wants Yarn to stay smol, and the other likes to share this cool project/idea/product with as many people as possible. You know, the game of numbers against a sustainable big community. No matter what my brain contradicts with, the counter looks nice!

eaplmx
twtxt.net
Thu 27, 04:40  (1d ago)
↳ In-reply-to > This artwork at the Guggenheim Museum, designed to keep a blood looking liquid from going too far away from it. Its name? "Can’t Help Myself". See a YouTube video of it in action.

Hello everyone, I’m back on sharing cool stuff on the shape of twts, after a Monday lasting 3 days.

Cheers 🍻! <- Non-alcoholic drink, since someone said on Hckrnws it’s bad for our hearts

eaplmx
twtxt.net
Mon 24, 01:48  (4d ago)
↳ In-reply-to > Well... Friday of learning new stuff on Unity and Rust, I was forgetting what it was like to take courses for hours and be stuck. Rust, you freaking lang. The training on Unity is going great, with small lessons of 15 minutes you feel you are doing/learning a lot, the kind of course I like.

@prologic oh no! 😯
As I’ve shared before, I’m trying to learn more complicated ways of programming (async, concurrent, functional, to say something) and has been very hard to leave old habits. I’ll keep trying!

Enough trolling for today, enjoy your weekend my friends!

eaplmx
twtxt.net
Mon 24, 01:44  (4d ago)
↳ In-reply-to > @prologic This is a fair point as well, but it doesn't feel as natural to say "Cool post!" when you can just "like" the post. However, I totally understand your position.

@fastidious@arrakis.netbros.com you can’t read my content and substance, so I’ll leave you emojis 😁🙄🤔🥑

eaplmx
twtxt.net
Mon 24, 01:43  (4d ago)
↳ In-reply-to > @prologic This is a fair point as well, but it doesn't feel as natural to say "Cool post!" when you can just "like" the post. However, I totally understand your position.

eaplmx
twtxt.net
Mon 24, 01:42  (4d ago)
↳ In-reply-to > @prologic this seems to be missing "like" functionality, which maybe you never intended to implement.