Yesterday, we had a heavy thunderstorm in the evening. At first it wasn’t too bad, just thunder in the distance and then a few drops of rain for at most five minutes. That was it. Alright, I thought, it’s over, let me call a mate and walk to the dairy farm. The heavy clouds looked awesome, a bit threatening but mostly harmless and just beautiful. We decided on a small detour to the home made ice cream vending machine and got ourselves some expensive, but very yummy pineapple/mint, yoghurt and raspberry/basil tubs. Mint was super strong, had to eat three spoons of some other flavors to actually taste it. A few spoons in and then the thunder rolled in from nowhere. So we quickly headed for the dairy farm while eating our ice creams. Half way there the sky floodgates opened and we took cover under a tree at the local playground. A minute later we decided to climb up the slide tower, because it had a proper roof. A tiny bit of hail cam down, but nothing serious.

About 15-20 minutes the rain stopped and the thunder and lighning rolled past. So we continued our journey and I finally filled my two one liter bottles successfully. Every now and then it drizzled a little bit through the forest. We reached our homes and a couple minutes later rain hit again. Thunder and lighning went crazy. The sky lit up every few seconds and this continued through half of the night.

Right after I hung up to meet my mate, another mate called and reported a few villages north of us they experienced hail sized a bit under golf balls. But he luckily managed to get the car in the underground carpark in time.

Today, it rained the whole morning. This was great since the temperatures stayed below 20°C, so my walk was a real joy. It’s going to get close to 30°C tomorrow, though, gnarf, örks, bwäh. :-( 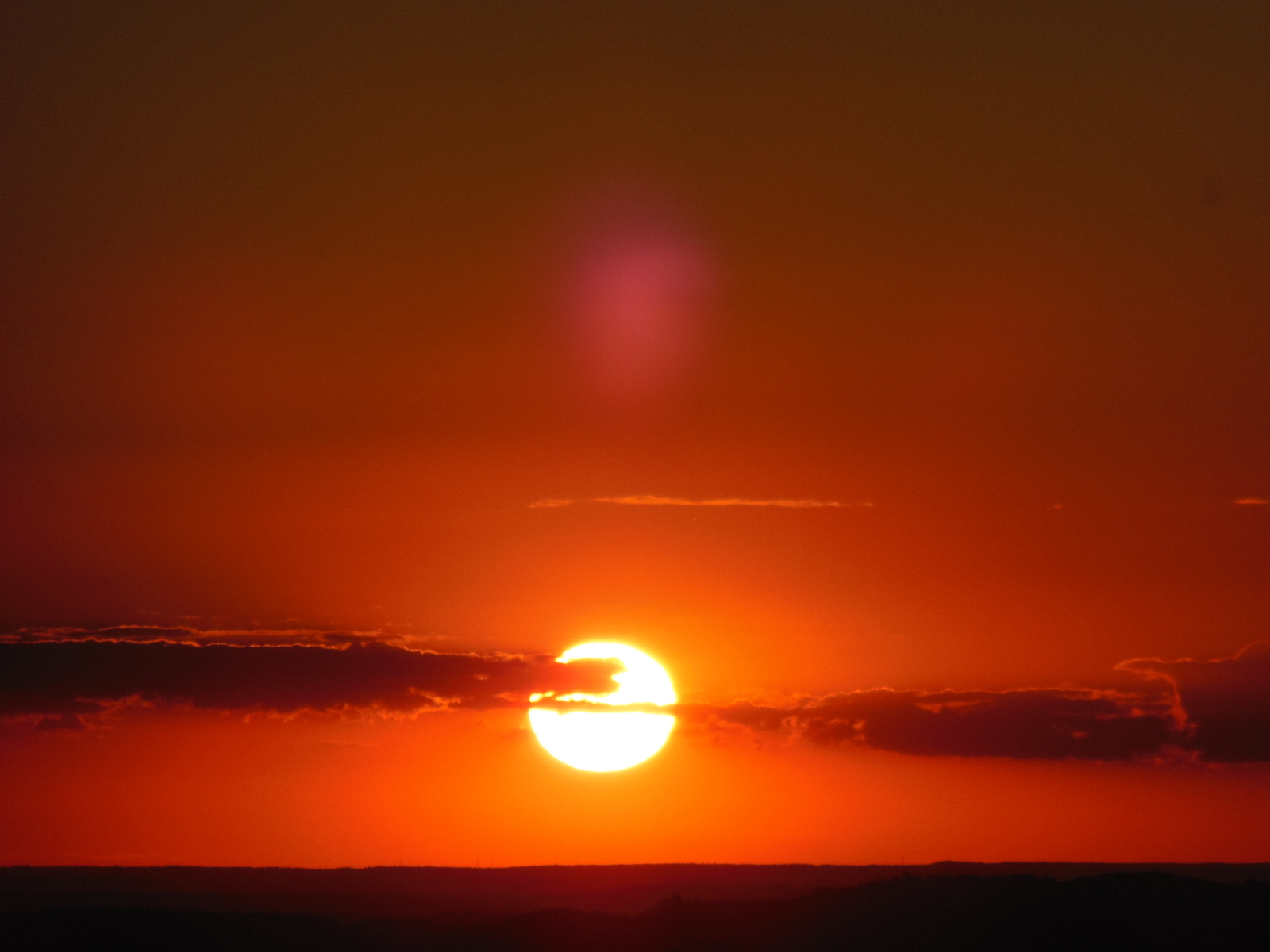