david
netbros.com
Sun, Mar 20 02:58  (20w ago)
↳ In-reply-to » Gals, Gals of Yarn.social / Twtxt... I think we've all been a bit too "Texty" of late 😅 I think we all need to get outside in the great outdoors and snap some pretty pics and start sharing the wonders and beauties of the world before there isn't much left to wonder at 😂 #Yarn #Media

@prologic@twtxt.net “Hello everyone on Yarn.social/Twtxt…” would be what I recommend. It covers, well, everyone. :-)

Why not removing it altogether? I mean, nobody is using it, and we seem to be faring alright.

david
netbros.com
Fri, Mar 18 12:05  (20w ago)
↳ In-reply-to » 👋 Hello @oevl, welcome to NetBros, a Yarn.social Pod! To get started you may want to check out the pod's Discover feed to find users to follow and interact with. To follow new users, use the ⨁ Follow button on their profile page or use the Follow form and enter a Twtxt URL. You may also find other feeds of interest via Feeds. Welcome! 🤗

@nexeq@twtxt.net hehehe, nothing on my original twt reply was serious. 🙈 And yes, without context no one can fully know, right?

@nexeq@twtxt.net use water, or sand. If you need to roast a chicken, this is the time!

@prologic@twtxt.net ah, I see, thanks for the explanation. So salty doesn’t use the key manager and user identities piece. Pretty neat!

@prologic@twtxt.net why didn’t you use keys (CLI) instead? What’s the difference? Is salty just a wrapper around it?

@novaburst@twt.nfld.uk it is a Jacana.

david
netbros.com
Wed, Mar 16 23:48  (20w ago)
↳ In-reply-to » @justamoment i've always enjoyed black tea. i still have to watch the caffeine content. i picked up some rooibos tea recently and have enjoyed it.

@mutefall@twtxt.net hahaha! I imagined you with all the missing items as described. There is nothing like sipping a good tea, at the right time, in the right place. The sencha experience was very peculiar for me, as the tea is slightly bitter, but seconds, or minutes, after drinking it it feels sweet down the throat. I truly like it.

At night, I prefer chamomile herbal hot infusion. If makes me sleep fairly well. Some call it tea, but that is wrong.

@prologic@twtxt.net, this is the same as the one you posted on #nnuopva.

david
netbros.com
Wed, Mar 16 06:22  (20w ago)
↳ In-reply-to » @prologic wellll, i was talking about both the GUI front-end and the command-line one (which I tried to build), and macOS if anything, it's actually different to *BSD (because Darwin/XNU, even though I know it has code from freebsd)

@thecanine@twtxt.net that kool aid has been going on since forever. I just don’t get it. If I don’t like to use something—for whatever reason—I simply don’t. The hate for Apple, whether is the company, or its products, is equivalent to Apple “fanboyism”; both extremes are equally stupid.

You can’t compare Microsoft Windows, or Android, with macOS/iOS. The first two were not specifically designed to run on—and take full advantage of—a set hardware. It is proven they all have their niche. As with everything in life, there is always something for everyone. Some people love Microsoft Windows, and Android, and that’s alright. Others like Apple hardware, the software that comes with it, as is. And others, like @prologic@twtxt.net, tweak it to their liking (I do tweak my macOS too, but use the Apple “ecosystem” way more than @prologic@twtxt.net). It’s that simple.

@jdtron@tilde.team how is your TUI twtxt client progressing, mate? Let me know, keep us posted. I am looking forward to beta test!

@prologic@twtxt.net, I have deleted the external media on this one, but still, an old avatar that isn’t set on feed right now pops here and there, even on an anonymous session. 🤯

david
netbros.com
Wed, Mar 16 02:05  (20w ago)
↳ In-reply-to » @justamoment i've always enjoyed black tea. i still have to watch the caffeine content. i picked up some rooibos tea recently and have enjoyed it.

@mutefall@twtxt.net oh yes, Earl Grey is still—and will be—around. Yet, just as coffees, there is tea, then there is tea. :-)

david
netbros.com
Wed, Mar 16 01:27  (20w ago)
↳ In-reply-to » @justamoment i've always enjoyed black tea. i still have to watch the caffeine content. i picked up some rooibos tea recently and have enjoyed it.

@mutefall@twtxt.net this one, Japanese Sencha green tea, is my favourite. I like to try as many teas as I encounter. I have settled on this one for over five years now.

david
netbros.com
Tue, Mar 15 23:01  (20w ago)
↳ In-reply-to » What it feels like when I’m fixing something in Yarn.social and then come across another issue that I must fix right now! 😂 Media

@ullarah@txt.quisquiliae.com the video is covering the “now”, and the Emoji. Add that to the list! :-P

david
netbros.com
Tue, Mar 15 22:37  (20w ago)
↳ In-reply-to » @prologic wellll, i was talking about both the GUI front-end and the command-line one (which I tried to build), and macOS if anything, it's actually different to *BSD (because Darwin/XNU, even though I know it has code from freebsd)

@novaburst@twt.nfld.uk because, you know, everything needs to be free! ☭ I heard 2022 might be, finally, the year of the Linux desktop. What is shitty now might become usable soon! 😂😜

@prologic@twtxt.net I think all the blocking you do on your network, and all your privacing might be getting in the way (ERR_NAME_NOT_RESOLVED). Just disconnect from the Internet, James. It is the only way to be “relatively” safe! 😅

@prologic@twtxt.net it renders a 404.

@mutefall@twtxt.net it is not my work, that is one of @lyse@lyse.isobeef.org’s photos from the ones he previously linked. I bet Lyse has printed, at least one or two, but I don’t know for sure.

The premiered, and this one, my favourites. 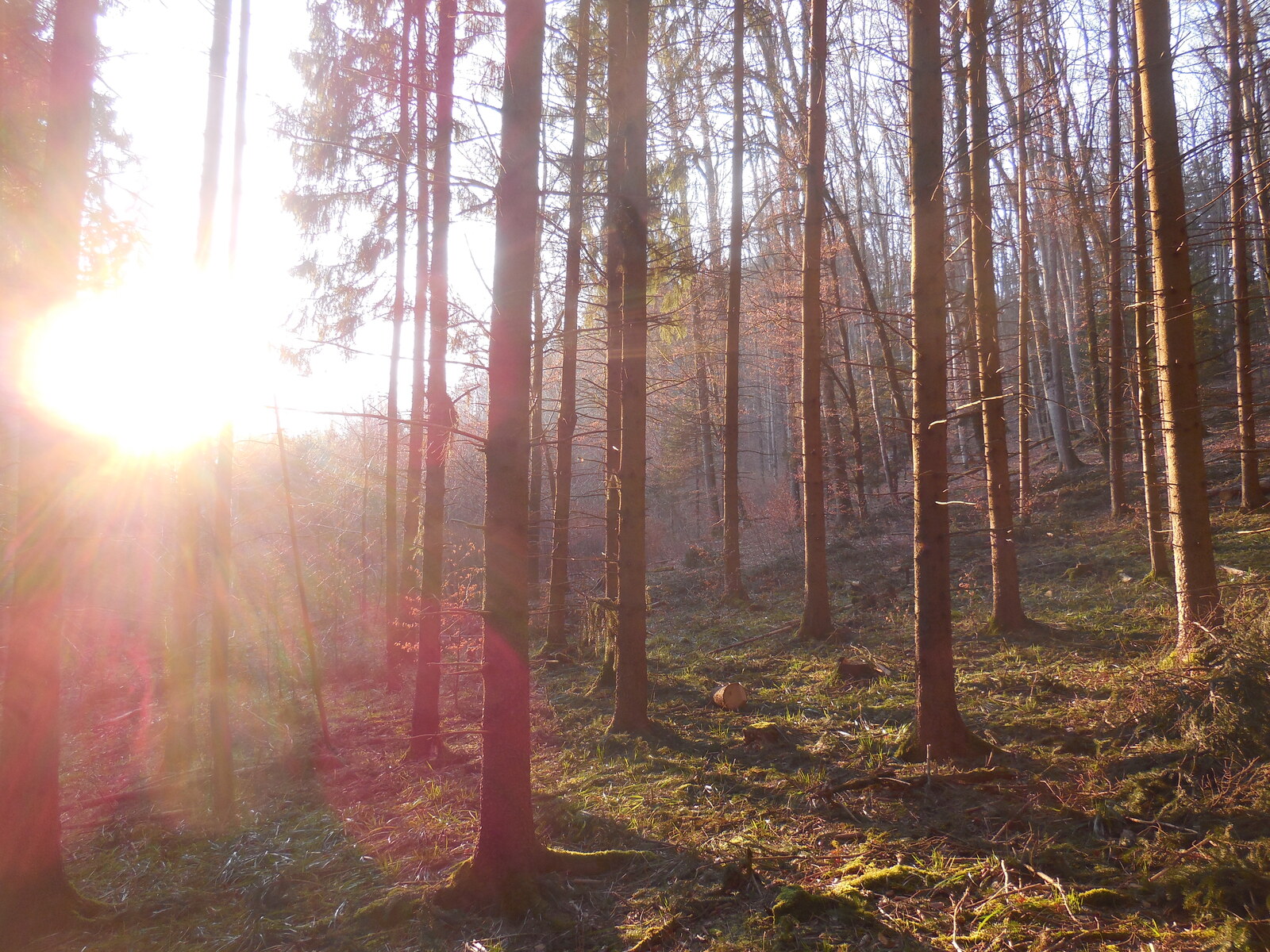 david
netbros.com
Tue, Mar 15 01:26  (21w ago)
↳ In-reply-to » I carved a drawer knob from scrap wood. Took me an hour. But I had fun. And it was the second time I used my gouges. At first I tried to kinda match the turned one, but noticed very quickly that this is not gonna happen. Not at all. Not enough room for the tools to hit the spots. And also the wood is too crappy. So, I just freestyled it.

@lyse@lyse.isobeef.org well done! Are you going to varnish it? I envy your space to be able to have a neat workshop for your hobbies, and the like. No such luxury here. 😩

@movq@www.uninformativ.de it surely looks like a k8s bug. One would expect residual iptables to be flushed once pods are destroyed. If they are not, that’s a bug. Sadly, I don’t know much about k8s. Have learning about it on my TODO list.