Recent twts in this reply to #wmks6ra 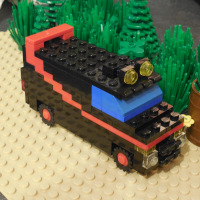 @quark@ferengi.one (#mxago7a) The legacy charset ISO 8859-15 is used in Western Europe. It appears that some Unicode character is tried to be interpreted in this other encoding, which then fails. Sounds like something with LANG, LC_CTYPE or friends. Any chance you’ve set this to en_US.UTF-8 or something similar in your interactive shell? Try env|grep -i utf-8. Your cronjob probably hasn’t set that.

@lyse@lyse.isobeef.org (#wmks6ra) Yes, I have LANG=en_US.UTF-8 on my system. So, it is not that it can’t find the config?

@quark@ferengi.one (#wmks6ra) I reckon you need to explicitly set it in your cronjob as well. Because cronjobs don’t inherit the same environment as one would expect.

#uhjnvba
You must be Logged in to join the conversation.